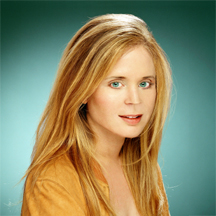 Vicky Oliver is an award-winning author of books on career development. Her savvy career advice has been featured in over 701 media outlets, including the front page of the New York Times Job Market section, the Wall Street Journal, The New York Post, Associated Press (twice), LA Times, Chicago Tribune, the Philadelphia Inquirer (twice), Sunday Star-Ledger, Esquire magazine, Essence magazine, The Investment Professional magazine, and Bloomberg TV. She loves the radio medium and has been interviewed on well over 401 local and national radio programs.

About Vicky Oliver
Vicky's fourth book, published in October 2010, is called 301 Smart Answers to Tough Business Etiquette Questions (Skyhorse Publishing). It swept the 2010 and 2011 award shows. It was the How-To Winner at the Paris Book Festival; the How-To Runner-Up at the London Book Festival; the Eric Hoffer First Runner-Up in Business; and the “Best Business: Career Book of 2010” in the National Best Books Awards. This witty but practical etiquette guide was also a Finalist at the National Best Books Awards for “Business Reference” and won Honorable Mentions at the L.A. Book Festival in both Business and How-To. Vicky is writing her fifth book now.

Vicky also gives spirited seminars on job-hunting, networking, and business etiquette for groups of 50 to 200 people. She has given a series of seminars at the New York Society of Security Analysts (NYSSA), the West Side Y in Manhattan, and at Brown University. She was a panelist at the Financial Women’s Association (FWA), and at the Circle of Sisters Business Expo at the Jacob Javits Center. She was designated “in house job-hunting expert” at the Shomex Diversity Fair at Madison Square Garden.

A Brown University graduate with a degree in English Honors and a double major in Political Science, Vicky lives in Manhattan, where she has dedicated herself to helping others turn around their careers and their lives.